Welcome to THE MAKING OF A NATION -- American history in VOA Special English. During the eighteen hundreds, the federal government forced American Indians to live on lands called reservations. No longer could the Indians move freely over the Great Plains to hunt buffalo. White people were settling there. The situation resulted in violence. This week in our series, Kay Gallant and Harry Monroe continue the story of the western wars. The government sent soldiers to force the Indians to move to reservations. But the soldiers could not keep them there. Groups of Indians would leave the reservations in the spring. They followed the buffalo across the plains. Some raided the homes of white settlers. They stole horses and cattle. At the end of the summer, the Indians would return to the reservations. And the government would give them food for the winter. As years passed, fewer Indians left the reservations to live the old life on the plains. It became difficult to find buffalo. The plains were becoming empty.
Only a few years before, millions of buffalo lived on the Great Plains. Then railroads were built across the country. White men came to claim the grasslands. They put up fences. Cowboys came up from Texas with huge groups of cattle. They forced the buffalo away or killed them. The Indians tried to prevent this killing. Angry groups of Indians often attacked white buffalo hunters. But the army was too strong. Soldiers killed or captured many Indians. Finally, most Indians gave up the struggle. They surrendered their guns and horses. They went back to the reservations and became farmers. All this was taking place in what is now the south-central part of the United States. Far to the north, another struggle was taking place involving the great Sioux Indian tribe. The Sioux had signed a treaty with the government in eighteen sixty-eight. The treaty gave them a large reservation in what is now Nebraska, South Dakota and Wyoming. The Black Hills in Dakota were part of the reservation. These hills were important to the Sioux. In their religion, the Black Hills were a holy place. They were the center of their world, where the gods lived. They were the place where Indian fighters went to speak with the Great Spirit. In eighteen seventy-three, the Black Hills suddenly became important to white men, too. Gold was discovered there. Treaties and religion meant nothing to the white miners who rushed to the Black Hills to search for gold. At first, the Indians killed some of the miners. They chased others away. But more miners came. 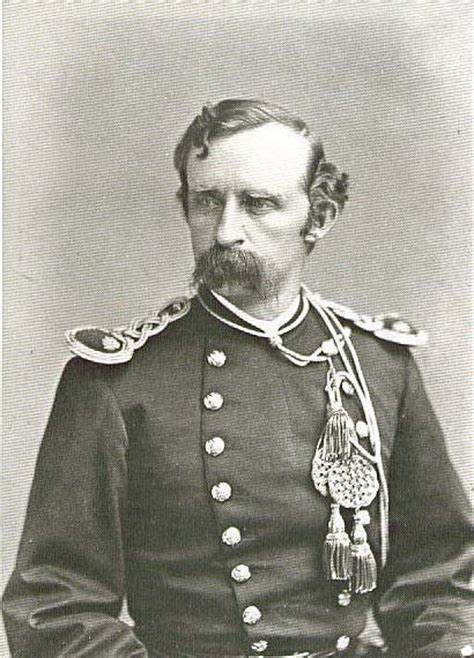 The Sioux tribe asked the government to enforce the treaty. Tribal leaders asked the government to keep white men away from the reservation. The army sent soldiers to remove the miners. The soldiers ordered the miners to leave. But they made no effort to enforce the order. Again the Indians protested. This time, the government sent officials to negotiate a new treaty. It asked the Sioux Indians to give up the Black Hills. Some of the Indian leaders refused to negotiate. One who rejected the invitation was Sitting Bull. "I do not want to sell any land to the government," Chief Sitting Bull said. He held a little dust between his fingers. "Not even this much." This resistance did not stop government efforts to get the Black Hills for the miners. The War Department sent General George Crook to punish the Indians and force them back to their reservation. Crook led a large force into Sioux country. He surprised an Indian village, capturing hundreds of horses. There was another clash a few months later. This time, the result was very different. The Indians gave the army its worst defeat in almost a century. The battle took place near the Little Bighorn River. General George Custer led two hundred twelve soldiers in search of the Indian leader, Crazy Horse. As General Custer moved through the river valley, he sent men ahead to explore the area. His men returned with reports that thousands of Indians were waiting to attack. Custer refused to listen. He pushed forward.
Soon, his forces were surrounded by Indians. In less than an hour, the Indians killed the general and every one of his men. The white soldiers lay dead at Little Bighorn. And Custer's name would go down in history as a symbol of foolish pride in battle. The battle at Little Bighorn was a serious defeat for the United States Army. But the Indians' victory did not last long. Within a year, the army forced most of the Sioux to surrender. It took the Black Hills for the miners. It moved the Indians to a new reservation. In the next few years, the same thing happened to other Indian tribes throughout the West. Under great pressure from white settlers, the government took land from the Indians and opened it to settlement. The size of Indian reservations was reduced again and again. One by one, the Indian tribes of the West changed. Their fierce fighters became farmers who needed government help. They were weak and broken in spirit. One Indian leader named Black Elk described the situation best. He was a survivor of a battle at a place called Wounded Knee. Many Indian women and children had died there. Years later, Black Elk said: "I did not know then how much was ended. When I look back now from this high hill of my old age, I can still see the dead lying all over the ground. And I can see that something else died there in the bloody mud, and was buried. A people's dream died there."
Some Indians turned to religion during this difficult time. An Indian religious leader named Wavoka gained influence. Wavoka declared that the Great Spirit had chosen him to prepare the Indians for a new world. He said the new world would arrive soon. And it would be a wonderful world. There would be no white men, he said. And all dead Indians would come back to life. Wavoka warned that new soil would rise up and cover the world like a flood. He said Indians could escape destruction by dancing a special dance. It was called the Ghost Dance. Wavoka said the Ghost Dance would make Indians powerful. He said it would even protect them from bullets fired by the white men's guns. Thousands of Indians in the American west listened to Wavoka's message. They believed him. And they began to dance for long hours every day. On the Sioux reservations, all other activities stopped. Children no longer went to school. No one did anything but dance. All this frightened white officials. They tried to arrest some Indian leaders to stop the dancing. The arrests led to fighting. And the fighting led to a final battle in which the army defeated the Indians completely. The Indian wars were over. Wavoka himself told his followers: "Our trails are covered with grass and sand. We cannot find them. Today I call upon you to travel a new trail. It is the only trail now open -- the White man's road."